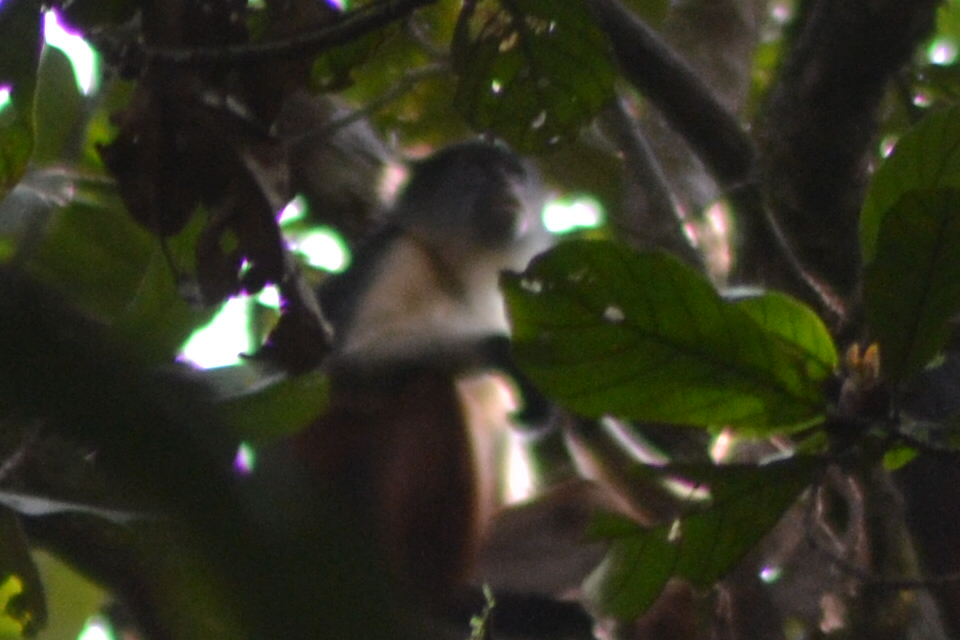 Discovered only in 1993, the Niger Delta red colobus is endemic to marsh forests in the central part of the Niger Delta of Nigeria. Its historical range covered about 1500 km2 of the Niger Delta, it is now restricted to two small areas. The current actual population of the species is unknown, but most recent estimates suggest it is likely in the low hundreds and because of this and the threats it faces it is classified as one of the world’s most threatened primates. Due to social conflict over land and oil prevalent in the region where this red colobus species occurs, government efforts and political will to protect the species is generally lacking. The species current distribution overlaps with the territories of some indigenous communities, as a result, a locally driven research/monitoring, awareness-raising and conservation initiative that will safeguard the fragile remaining population is being undertaken by our project with the support of our international partners. Since 2013, we have been at the forefront of this conservation effort to save this species from extinction. Within the species range, other threatened primate populations exist including the endemic and endangered Sclater’s guenon (Cercopithecus sclateri), the Vulnerable Nigeria white-throated monkey (Cercopithecus erythrogaster ssp. pococki), the Endangered red-capped mangabey (Cercocebus torquatus) and the Nigeria putty-nosed monkey (Cercopithecus nictitans ssp. insolitus). We know that deforestation and impending species extinction can be stopped if effective protected areas are designed with sustainably utilized linkage areas and buffer zones. These solutions are urgently necessary for conservation of not only the red colobus but also their habitat, and of the forest resources that local people depend for their livelihood. Our project is working closely with all stakeholders at the community-level, State and Federal Government level to demarcate areas of local priorities (for sustainable use) and protection. We aim to establish two Community Conservation Areas (CCAs), implement community-based protection measures in these areas as well as community-based monitoring.