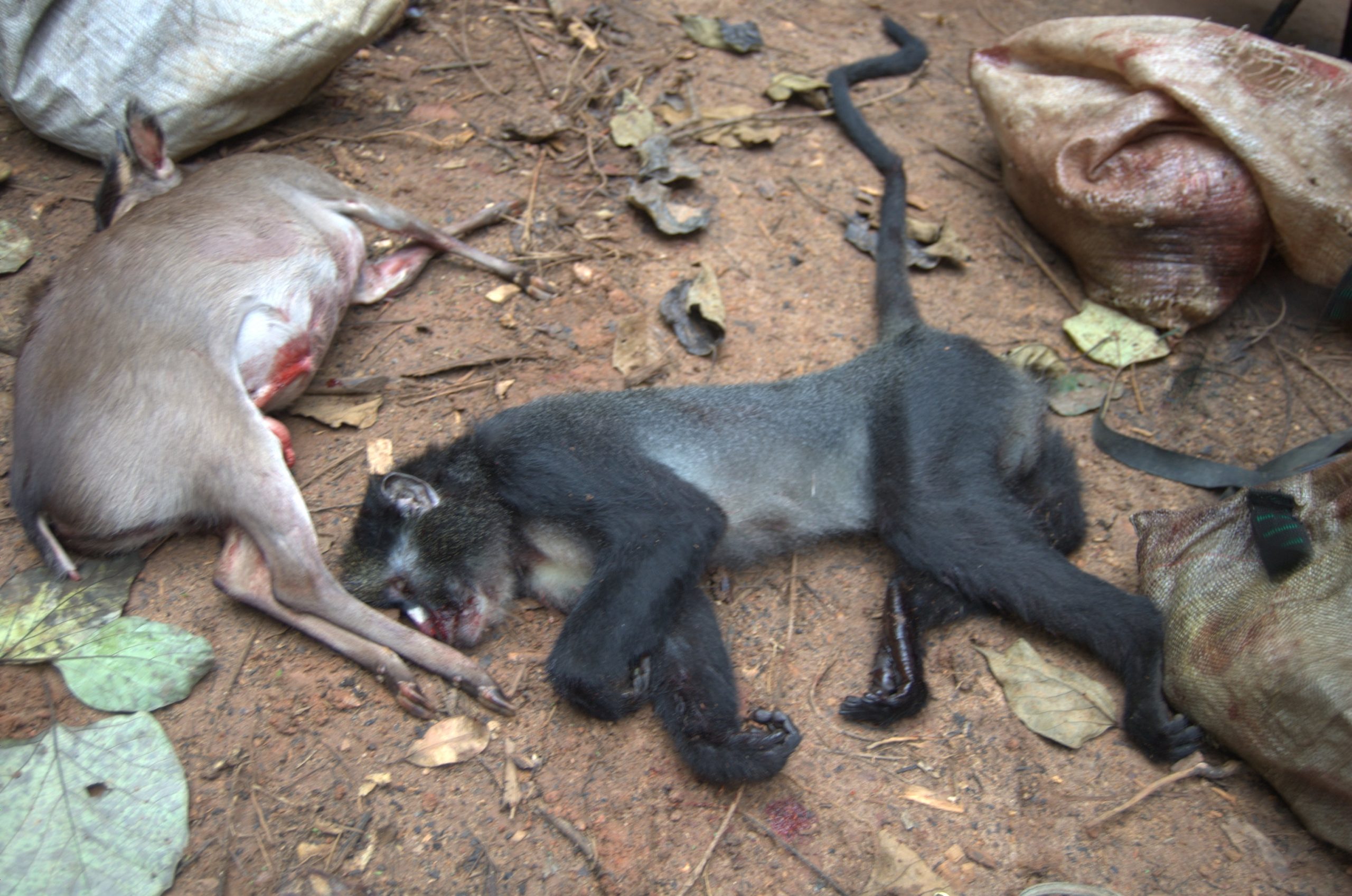 Much of the world’s tropical forests, which harbours the bulk of the world’s species, have been reduced down to fragments; protected areas have become small forest islands and several studies have revealed that species confined to fragments have a higher likelihood of vanishing. Thus, habitat loss is arguably the most significant threat to biodiversity conservation and the disappearance of species. Some studies have also found a significant reduction (approximately80-90 percent) of plants, mammals, birds, and reptiles in biological diversity following forest loss and conversion. Similarly, the destruction of natural habitats increases the risk of flooding and similar disasters.

Between 2000 and 2010, Nigeria lost nearly a third of its forests. In the first half of the decade Nigeria, had the highest loss of primary forests worldwide. It was estimated that an average of about 400,000 hectares of forests was lost annually in the country. Remnant forests are severely degraded and encroachment into protected areas has become inevitable. Continued deforestation and impending species extinction can be stopped if effective conservation areas are established with sustainably utilized linkage areas and buffer zones where local livelihoods can be sustained and species thrive concurrently…if degraded habitats can be made to retain conservation value for certain species, the added habitat and potential connectivity between protected areas could provide key linkages and greatly increase the potential for wildlife conservation and the maintenance of ecosystem functions.

The rapid disappearance of species was ranked as one of the planet’s gravest environmental worries, surpassing pollution, global warming and the thinning of the ozone layer; biologists say that the rate of loss is greater now than at any time in history. The mass extinction crisis deepens as the IUCN (International Union for the Conservation of Nature) Red List added 715 species to its threatened categories of Vulnerable, Endangered, and Critically Endangered in the 2013 update. Some of these species were evaluated by the IUCN Red List for the first time while other species’ status simply deteriorated. According to the United Nation Environment Programme (UNEP), “Species are becoming extinct at the fastest rate ever recorded….. From frogs to gorillas, from huge plants to tiny insects, thousands of species are in jeopardy.  10,000 times – that’s how much faster the current rate of species loss is than the natural extinction rate”.

Growing human population and expansion in Nigeria has led to drastic extinction of some wildlife species across Nigeria. The forest ecosystems are worst hit as the areas have one of the highest human densities in the modern world. With relatively high species endemism especially of primates and forest plants, many species have disappeared from many forest sites in the past few years due to commercial hunting for bushmeat markets and massive deforestation. Depletion of wild animals is not only having a negative impact on biodiversity, but also has an immense impact on the food security and the disappearance of some vital medicinal plants as many wildlife species are catalyst for pollination, seed dispersal and germination of many forest tree species.

The grave impact of global warming and its attendant effect of change in global climate have dominated much of global concerns and attention in the past twenty years. On a global scale, deforestation accounts for at least 20% of the world’s carbon emissions and yet one of the world’s natural assets that have been identified to reduce the effects of global warming is the natural forest ecosystem. However, forests in the country and in much of the tropics are fast disappearing due to unsustainable timber extraction and land clearing for agricultural activities. Forests have very high capacity to retain and restore carbon stocks; forests therefore play prominent roles in carbon seizure, thereby reducing the net negative impacts of rise in temperatures on other forms of life and the human society.

When forests are cleared for other land uses, as it has occurred at a catastrophic rate in Nigeria, the trees are not available to absorb excess carbon dioxide from the atmosphere and convert it to biomass.

Gaps exist in stakeholders’ knowledge on the spatial distribution, current status and survival of many species. These gaps have delayed or hampered conservation efforts for these species. Many of these information gaps have been created by civil unrest in some forest areas such as in the Niger Delta – a region of high ecological significance. Without systematic and adequate research, it is difficult to find effective solutions to conservation challenges. Similarly, current opportunities for carbon trading as a measure to combat global climate change is an appropriate measure that can guarantee future investment in forestry related sector, its benefits and conservation of animals and plants of global, regional and national importance – but many stakeholders would need to first know where these forests still persist.

Lack of local awareness and participation

Indigenous people are regarded as custodians of the forests and should be active participants in protected area demarcation and management, yet, in many cases in the country, many are not enlightened on these issues and have sometimes come in conflict with well-meaning conservation plans. It has become apparent that lack of awareness on the part of the people is the reason for the negative attitude towards nature/biodiversity leading to deforestation and unsustainable use of wild lands and animals. If indigenous people can begin to appreciate the values of these forest areas, then there is hope for a future not just for the remaining surviving species contained in them but for the economic potentials of the natural areas to be fully realized for posterity and the sustenance of human life.

There is so much to be done on the part of the government: Nigeria ratified the agreement to conserve an average of 12% of its total land area at the Convention on Biological Diversity, however, only 3.6% of Nigeria’s diverse habitat of mangrove swamps, tropical forests, savanna, and mountain plateaus is protected under the IUCN categories I-V protected areas. Moreover, currently, there are no formal protected areas in the Niger Delta, even though it has great ecological significance and supports many rare, unique and/or threatened taxa. Similarly, south-western Nigerian forests have been identified as biologically important, yet there are no effective protected areas except for the Okomu National Park which is only about 200km2. Designated forest reserves barely qualify as protected areas as these forests are under intensifying pressure from commercial timber extraction, illegal logging, slash and burn large-scale agriculture and indiscriminate hunting. Existing regulatory measures seem ineffective in moderating use and ensuring sustainable utilization.